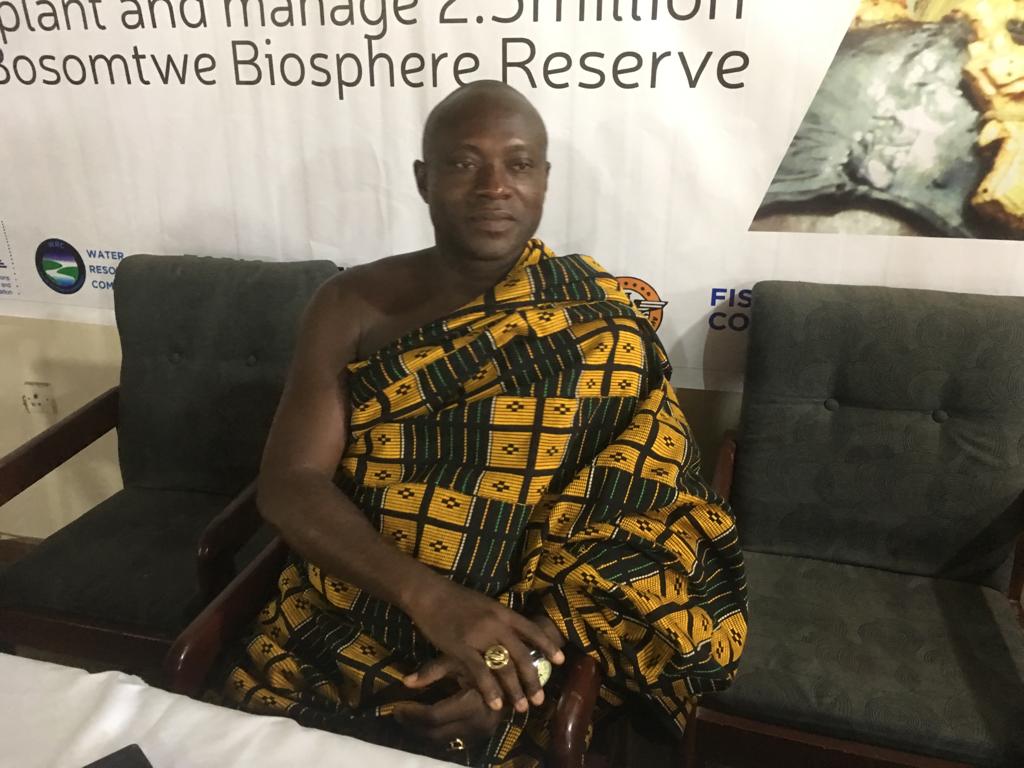 Nana Adu Mensah, the Chief of Kumasi-Amakom, has called on farmers living in communities dotted around the Bosomtwe Lake to embrace climate-smart agricultural practices to help protect the only natural lake in the Country. 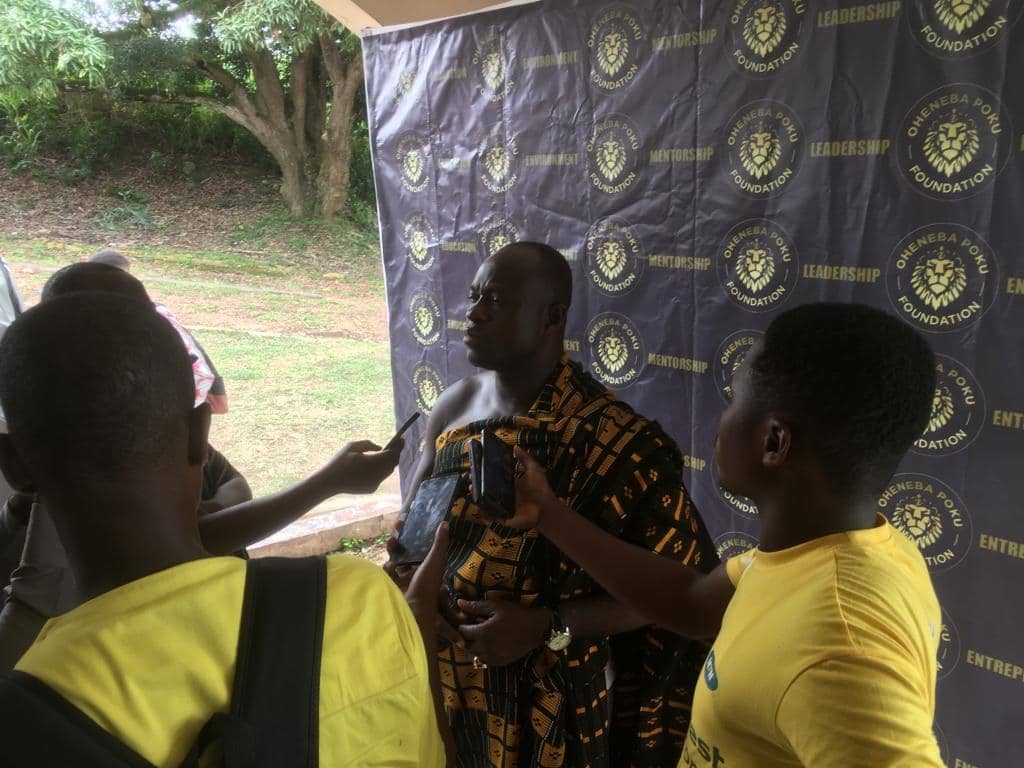 He said by doing that, it would have the multiple advantage of not only protecting the lake but also reduce operational cost, boost crop yield and combat climate change. Climate-Smart Agriculture is an integrated approach to managing landscapes, cropland, livestock, forests and fisheries – that addresses the interlinked challenges of food security and climate change.

Nana Asare was speaking at a stakeholders’ meeting on the proposed Lake Bosomtwe Landscape Restoration Project to be spearheaded by the Asantehene, Otumfour Osei Tutu II, in collaboration with Oheneba Poku Foundation.
The meeting was attended by traditional leaders of 23 communities in the Lake Bosomtwe basin, representatives of state agencies such as Water Resources Commission (WRC), Environmental Protection Agency (EPA) and other relevant stakeholders. The five-year project seeks to plant 2.5 million trees on a 4,500 hectare land in over 30 communities around the lake.

A Community Resource Management Area (CREMA), made up of representatives from the various communities, had been set up to undertake the tree planting. The Amakomhene, who had been nominated by the Asantehene as the Chair of the Implementation Committee, said the farmers would reap huge benefits by actively participating in the project. He said adhering to the advice of experts under the project would ensure fertile soil that would guarantee higher nutritional value to food, adding that, healthy soil holds more moisture to keep plant roots hydrated during dry seasons.

Adopting other soil conservation methods such as contour planting and no-till farming, he noted, could reduce erosion and keep the soil in place during heavy downpour and flooding. He decried the rate at which the lake was shrinking and dwindling in fish stock largely due to human activities including unacceptable farming practices, land degradation and deforestation.

Approximately 60 per cent of deforestation is caused by agricultural expansion as the conversion of forest to cropland produces a significant amount of greenhouse gas emissions”, he stated. He said the Asantehene was embarking on the project to restore the Lake to its glorious past and urged traditional leaders in the various communities and other stakeholders to support the King.

Mr. Fred Kyei, the Executive Director of Oheneba Poku Foundation, entreated the farmers to depart from the over reliance on chemicals in clearing their farmlands. Such practices, he said, contributed to low yields among local farmers as it adversely affected nutrient availability in the soil. Mrs. Abena Dufie Wiredu Bremang, Ashanti Regional Director of the Water Resources Commission, underlined the need to target the buffer zones around the lake before extending the tree planting exercise to other allocated lands.