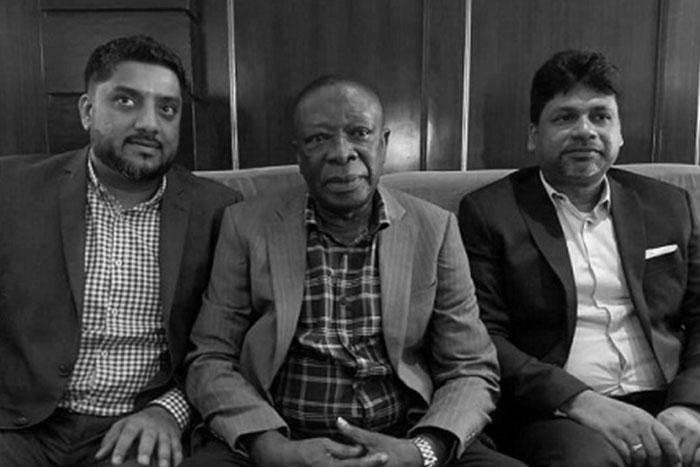 Group to set up US$50m gold refinery in Kumasi

A local investment firm with subsidiaries across Africa and the Middle East, Blaze Investments Limited – dealers in the buying and selling of gold, is in discussions with its partners in Dubai to establish a gold refinery estimated at about US$30 to US$50million in Kumasi.

The Group, which is said to have visited the Manhyia Palace to discuss the prospects of their investment – to be named ‘Asanteman Gold Refinery’, noted that the present government’s effort to retain 30 percent of gold produced in the country for ‘value addition locally’ makes it opportune to undertake this venture.

The facility, which is expected to be constructed within the free zones enclave on the Kumasi Accra highway, is hoped to be completed within a three-year period and is targetted to be the biggest gold refinery within the West African sub-region.

The Oyokohene of Worawora, Nana Boakye Mensa – who is the Board Chairman of Blaze Investments Limited, explained that after being in the gold trade through Blaze Metals Limited for over a decade now, the time is right to ‘transition’ their business operations.

He observed that for over a century of gold mining in the country, very little or no effort has been made to have a private gold refinery or sustain a public factory, for that matter, with the intent to add more value to the gold exported to other countries.

Against this backdrop, he said, they conceived the idea about three years ago of considering the possibility of establishing a factory to process gold, and made the efforts to bring on board other partners to make it possible.

He noted that among others the objective behind their yet-to-be-realised refinery is, therefore, to add value to gold from the country and create employment – while also reviving the glory of Asanteman as the ‘golden kingdom’.

In addition to this, the business, it is believed, will generate more Foreign Direct Investment (FDI) for the country; and by extension strengthen the local economy.

The refined gold, he said, will be done to meet international standards; making it bankable and even acceptable at the London Bullion Metal Exchange, setting the purity at 99.9 carat gold.

He said the decision to partner Blaze Investment goes beyond just the professional relationship and link between the two companies, to their desire to also promote ‘made in Ghana’ products.

The Group also announced other plans to engage the Kumasi Metropolitan Assembly (KMA) in discussions on some other projects planned to help address a lot of social challenges facing the Metropolis.